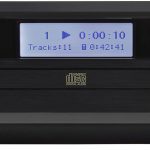 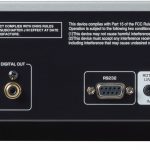 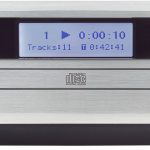 The Rotel CD11 Tribute CD player was engineer with hands-on support from audio legend Ken Ishiwata utilising a custom selection of acoustically tuned components delivering an even higher level of performance and acoustic clarity standing ready to playback the 200+ million CD’s that been sold over the past 30 years.

Partner it up with the A11 Tribute Integrated Amplifier

Own it not, pay later Learn More

Rotel has been designing and manufacturing CD players since the RCD-855 was launched in 1989 and has never looked back since.

Thus, the opportunity of engaging with audio legend Ken Ishiwata (former Marantz engineer and brand ambassador) to create an even higher performance model of the successful CD11 was eagerly accepted by the Rotel design teams. With over 40 years of audio engineering experience Ken’s collaboration with Rotel created something truly special – the Rotel CD11 Tribute edition.

To improve on the Rotel CD11 the chassis has been reinforced with custom dampening to reduce internal vibrations, with material added to the top cover to smother the ringing effect. The CD11 Tribute includes critical changes to the power supply, DAC circuits and precise selection of components in the audio signal path delivering an increased sense of space, improved accuracy, detail, and genuineness of the audio.

Internally, the DAC has seen eight capacitor changes and one resistor change. The power supply has been overhauled with all nine capacitors switched and other components improved.

The CD11 continues this proud tradition with a carefully engineered power supply and Balanced Design topology of digital and analogue circuits. With clean lines and intuitive operation common with other 14 series models the CD11 brings musical details to life with ability beyond its modest price-point.